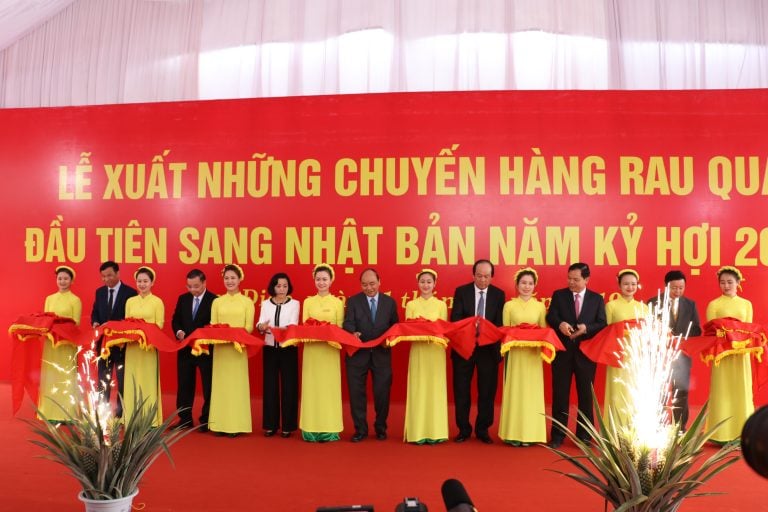 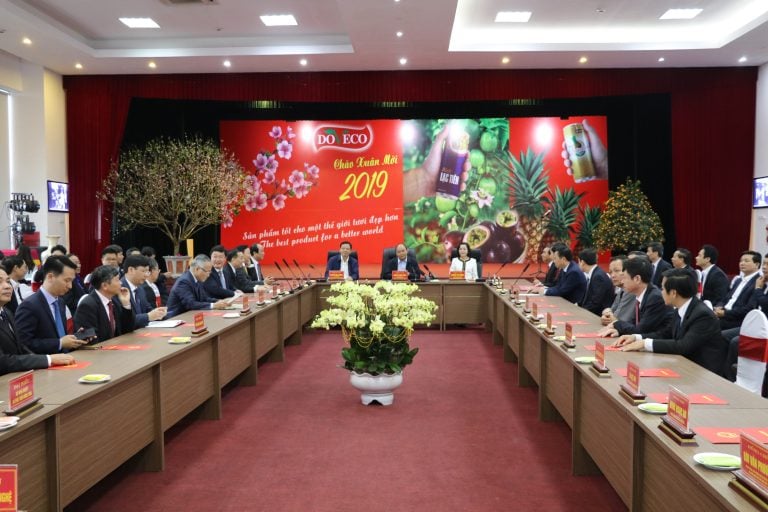 Prime Minister speaks and works at the Company

DOVECO was established in 1955, formerly known as the Military Farm, built by Dien Bien soldiers and Southern officers. After 15 years of equalization, experiencing many fluctuations and development of the country, the production and business results of the Company have achieved many achievements.

Currently, the company has 2 main raw material production areas in Ninh Binh and Gia Lai. In Ninh Binh province, the Company is effectively managing and using 4,000 hectares of land. This is a central material production area, applying high technology; with the main crops are pineapple, banana, spinach, vegetable soybean, sweet corn for high productivity and quality.

In Gia Lai province, the company has organized the production of nearly 4,000 hectares of passion fruit, bananas and pineapples according to the model of a large field. In addition, the Company also cooperates to grow and consume agricultural products in many other provinces and cities across the country, helping to solve output for agricultural products, creating jobs and providing stable income for tens of thousands of workers in the value chain. The Prime Minister visited and encouraged the employees of the Company.

The Prime Minister also suggested that the agricultural sector in Vietnam, Dong Giao Company must apply strongly, firstly, sensor technology, secondly automated robots and drones, thirdly, big data, cloud computing, 4th is 3D printing technology, 5th is ICT, Internet of Things. The Prime Minister suggested that it is necessary to grasp and master these technologies soon so that we can put into development a modern, high-yield commodity agriculture. In addition, hi-tech agriculture is not only a technology in farming and product processing but also a management technology. The Prime Minister visits the modern production line at the company

The company has not only focused on producing raw materials, effectively using the allocated area in Ninh Binh and Gia Lai, but also actively associated production and product consumption for farmers in 13 provinces, creating jobs for over 20,000 employees. Sales revenue in 2018 was 1,900 billion VND, of which export revenue was 70 million USD.

The Prime Minister recognized Dong Giao as a model of successful transformation from a pure farm to a joint stock company, mobilizing social resources, in which, applying the latest science and technology to develop production and business. The company not only associates production with farmers in Ninh Binh province but also with other provinces and cities in the country to have a variety of products.

On the basis of the quality, innovation and diversity of products, the products manufactured by the Company are now available in more than 50 countries around the world, including the most demanding countries such as EU, Japan... This is a big success which we can draw important lessons in the management and direction for agricultural development.

Praise and congratulate the efforts and great achievements of the workers, officers and employees of Dong Giao Foodstuff Export Joint Stock Company. Prime Minister Nguyen Xuan Phuc emphasized that Vietnam's agriculture is not only an economic problem, a long-term livelihood of the majority of the Vietnamese population, but also a large social problem, a condition of determination of the Vietnamese economy. Vietnam is on the path of developing a market economy, socialist-oriented, for an independent, self-reliant, prosperous Vietnam and not leaving a single citizen behind.